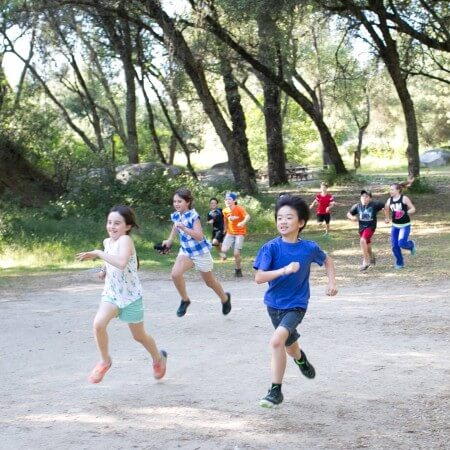 Try something with me for a second. Imagine you are a child once again. You know that playful kiddo that can run, jump and sing for hours; the one where make-believe is nearly reality and the entire world is in your backyard. Can you imagine him or her? Ok, now how would you get them outside to enjoy creation?

We started the Nature Series sharing some relevant discoveries about the benefits of nature for humans and are now looking at how friends of ours take advantage of nature by getting out into it. You may notice that what we are choosing to share is rather simple for the most part. This is intentional. As you read, think about your week and new ways you could spend time outside.

Imagine that child you once were. Can’t see him or her? Well then let me introduce you to a friend of mine.

My friend Jay is a bit of a man-child himself. I often think he knows how to play better than my peers and I do.. and he’s around 20 years my senior. When we talked on the phone he spoke with the same enthusiasm and simple childlikeness that I see in him when he plays with his kids.

Jay and his wife live in suburban San Diego with their two sons and daughter. I asked Jay for stories about how he gets them outside and he shared with me a sprinkling of “normal” lifestyle choices his family makes. Despite the normality of these choices, I thought there was something to be learned in their intentional pursuit of playing outside the house.

One of the main reasons Jay gets his kids outside is so that they move their bodies. He says his kids simply need to burn energy and that he just wants to see them move.  He doesn’t really care what it is they do as long as they’re moving.

Delia, Jay’s middle child, is currently learning to skip, something that he says she wouldn’t learn inside the house. He tells me about how simply getting out of the house creates a world of possibilities for his kids. He says “she gets that when we go walk somewhere, like we went to the park today. We go to the park to just go and hang out; roll a ball back and forth or bounce it; and climb on the playground. Just to move. There’re probably 50 little challenges we do on the way to the park, something like skip or I ask them ‘can you jump off of that?’ or whatever.”

He gives me an example from that walk to the park during the day we talked on the phone. He explains, “there was a mud puddle, and it was so hard for my kids to not step in that mud. Dede just went for it. She has to do it sometimes, it’s just in her to go and step in it. She just has to do it,” he emphasizes while reminding me, “that’s just a little walk down the street to the park.” It’s not a big gnarly canyon hike that you wouldn’t do without an expert guide, it’s just a walk down the street to the park. Anyone can do that!

Jay calls it a “little walk,” but I get the impression that he doesn’t see it as something of little value. Instead, these small choices to simply go for a walk to the park, and creatively engage with nature on the way, enrich him and his families lives.

He says, “I feel like it’s important for my family to be outside and be free. To pick up sticks and rocks. I mean, my kids collect so many leaves outside and they come to me and say look at the color of this one, look at the color of that one!” If you’ve read other posts in our Nature Series you might have caught on that just looking at nature (and even smelling it) has benefits. Jay’s kids are getting an easy-access nature dose right now.

It’s more than your typical health benefits though. When he observes his kiddos, he says, “they’re exploring; their eyes are open; they’re looking. They’re constantly doing something; climbing the tree in the front yard; learning skills; their brain is constantly making connections. ‘Oh, this is sharp, this tree is rough.’ They are constantly adding things to their repertoire. ‘If I hold onto a branch this way I can hang, if I hold it a different way it doesn’t work. If I put my foot here I slip, if I put my foot like this I don’t. I can step up.'” They’re learning and developing as people, something we won’t stop doing for the rest of our lives. I’d like to suggest that we would, in fact, grow as people even more if we were to spend time engaging with nature.

Although Jay’s kids aren’t strangers to the outdoors, he still plays part in them getting outside. “We hear it’s important to get our kids outside and then we think, ‘oh so I should get my kids outside,” he states in an all-knowing sarcastic tone. I can imagine that may feel like a chore to some – something they have to do but don’t necessarily want to. I often think we don’t want to because we can feel at a loss for how to go about doing it. I like Jay’s approach, he says, “sometimes I just tell them, ‘go outside. Go ride your bike!'” He doesn’t care as long as they get out. Personally, I  know I can get caught up in planning how I will get outside. Often I get so wrapped up in the details of “how” that I never end up getting outside anyway! I think that sometimes we need to take Jay’s approach: Just Get Out! Go pick up some sticks or leaves or walk through a puddle, smell some flowers, look at the clouds, get creative! You were made by the Great Creator to be a co-creator with him. I’m almost certain it won’t be hard to do that in His creation. Partner with curiosity and become childlike. I’m willing to bet you’ll meet God in the midst of it.

Did you enjoy hearing about Jay and his family? Stay tuned for more stories about our friends getting outside or check out more about the great outdoors in our Nature Series.