Living Water in a Drought

“Everyone who drinks this water will be thirsty again, but whoever drinks  the water that I give him will never thirst.  Indeed, the water I give him will become in him a spring of water welling up to eternal life“

Nothing brings to mind our bodies’ desperate need for water than a few years of drought with no obvious end in sight.  The sun feels hotter when there is a limitation to how much water we are allowed to use.  Water is constantly on our minds no matter how much we try to stop thinking about it.  Our bodies are about 60% water and our cells need to be continuously replenished with fresh water to function properly.  God, as our Creator, knows how important water is to us, and He draws on this need to illustrate a perfect picture of Himself in John chapter 4. 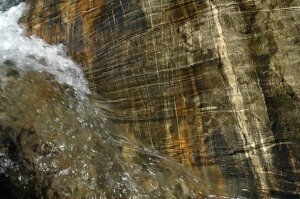 The setting of this is in Samaria–hot, deserty Samaria. In that area, especially during the biblical time period, livestock were the people’s livelihood.  Day after day, not only did the Samaritans have to travel to the well to draw water for themselves, but also for their animals whose head-count could be well into the thousands.  Water there was very, very precious, and one could imagine the person drawing water would get incredibly thirsty after doing so.  Here in John 4, the person drawing from the well is given no other name than “the Samaritan woman.”  Jesus watched her as she approached and asked if she might give Him a drink.  The woman was astounded because not only did Jews not speak to Samaritans, but they especially didn’t talk to Samaritan women.  Jesus perplexed her even further when He told her that she would be asking Him for a drink of living later.

Putting yourself in the Samaritan woman’s place, you could imagine that she was probably not exactly thrilled to be there, retrieving water for her family’s animals when she had already been doing so for many years.  In her mind she pictured that Jesus had access to fresh, bubbling, living water, which sounded appealing to her weary, sun-worn body.  The water that Jesus said He had would quench her thirst so that she would never thirst again.  In offering living water to the Samaritan woman, Jesus was appealing to her physical needs, but He was really offering to address her spiritual need for Him.

When she readily asked to have some of His living water, He said to her, “Go, call your husband and come back.”   She replied to him, “I have no husband.”  Jesus knew what was keeping her from drinking His water–her idolatrous desire for relationships that just were not satisfying her, and He called her on it.  He said to her, “You are right when you say toy have no husband. The fact is, you have had five husbands, and the man you now have is not your husband. What you have just said is quite true.”

The Samaritan woman was in a spiritual drought.  The only difference between her drought and our lack of rain here in California is that she actually had a bountiful amount of water to drink, but she ignored it.  All of us, if we have no relationship with Christ, are in a spiritual drought. The Samaritan woman’s spiritual drought was manifested in her idolatry, although each person’s drought is manifested in a different way. Some think success and status will get them what they want, while others try to find happiness in relationships with other people.  The only problem with these things is that they fall far short and will not satisfy us in the end.  We will always thirst for more.  That is, until we find Christ, the source of fresh, bubbling, living water.

Will you take a drink?