A Vision In Becoming

Later than I’d like, but honestly this is pretty normal.
The state of my soul is somewhere between full of joy and in love with those around me, or just exhausted and annoyed with those in my path.

I’m learning it’s ok to not have it perfect inside all the time.

I arrive at my bed which isn’t much more than an old camping pad that’ll be deflated by morning topped with an indoor sleeping bag stuffed with blankets, you know the kind you took to a friend’s house for a sleep over when you were a kid.

Nonetheless, my make shift bed feels wonderful as I slump into it. It’s not hard to fall asleep here. Adventure, sunshine and physical excursion have a way of getting your body ready for a good sleep, which has been one of my favorite things since I was first a camper
at Rock N Water 9 years ago.

I can’t believe I’ve been on staff for 6 summers. I’ve grown a lot.

I’ve done more than I ever imagined I’d get to do and I’ve still got plenty of adventure to be had burning in my heart. Over the years, I’ve held this image in my mind of the kind of Rock N Water guide I hope to be one day. In many ways I’ve become him.

I’m continually improving but I’m confidant guiding a whitewater raft and crew. Sometimes I feel at a loss for words but generally I’ve gotten good feedback about the campfire programs I lead.

I’m actually really proud of myself. 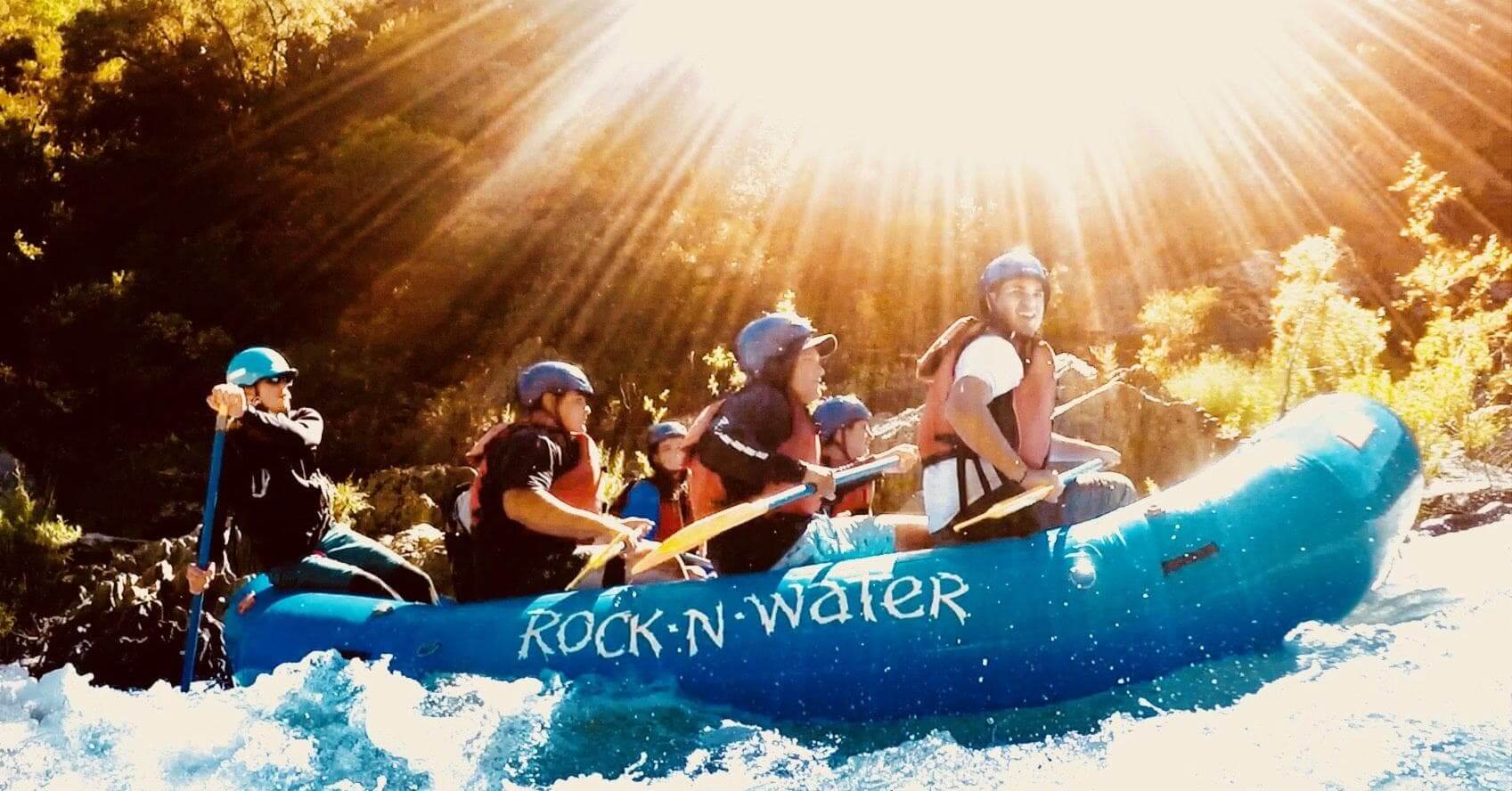 But even before I was ever an adventure guide
I’ve been reaching for this vision of the person I want to be.

This last year really shook me up. Faults, places of pain and brokenness that I thought were fixed and healed came boiling back up like water that was only just simmering under the surface and I didn’t know it.

Through it all, it was clear to me that this was an opportunity God was going to use to grow me into the man I was made to be in Him.

There’s more than just those 3,
but typically the desires I have for who I want to be
are not the things on the outside
but qualities manifested on the inside.

This makes me wonder where those desires are coming from.

Sometimes I think I should try harder, but now I know that doesn’t work either. I realized that I’m longing to be something that I’m not yet. Someone, I’m not yet…

…yet. Because the ability to be that person has actually been made available to me. It’s actually who I was created to be from the beginning, before I lost my way.

I started to notice that the qualities I desire to see in myself, I’ve seen in someone else before.

I’ve seen that joy that is overflowing. I’ve seen that love in someone radiating from their whole being.
I realized that the person I want to be I’ve actually met before.

Like that first flame that starts a fire at night, the spark finally caught for me.
I can’t stop looking at the one I want to look like.