The South Fork of the American River (SFAR) is within easy driving distance of both Lake Tahoe and San Francisco in the Sierra Foothills. The nearby town of Coloma offers visitors many options of things to do. Visitors have options of learning about Sutter’s Mill at the James Marshall Gold Discovery State Historic Park and the start of the California Gold Rush, or rafting down the American River for a hands-on white water rafting trip with an experienced guide.

The South Fork of the American River is a great time for those looking for a Class III whitewater rafting experience that their whole family can enjoy. If you’ve got high school teens and would like a more experienced rafting adventure, you might want to  consider Middle Fork American River Rafting options.

The full South Fork American River run is about 21 miles long. It is possible to raft the full 21 miles in a single day on one of our whole river american river rafting trips. However, we recommend only doing that when the river flows are high enough to make that a fun and exciting trip.  We only offer the whole river in a single day when the water flow is over 2,000 cubic feet per second (cfs). This typically only occurs in the Spring months. The rest of the year, it is normally far more enjoyable to spend two separate days exploring both sections at a pace that allows for exploring and swim stops. If you know which section you prefer to do with your group, let us know so that we can work together to customize a river trip your whole group will enjoy.

Each of these exciting class III rafting runs are about 10 miles long and are offered as our Splash About Class III river rafting trips. These single day rafting trips can also be combined together with 1-3 nights of camping for multiple days of fun. Both sections of the river include about the same number of Class III rapids and Class II rapids. Both sections are family friendly and have plenty of big water features for an amazing California whitewater rafting experience.

$123
Book It
Explore One to Three Day Rafting Trips 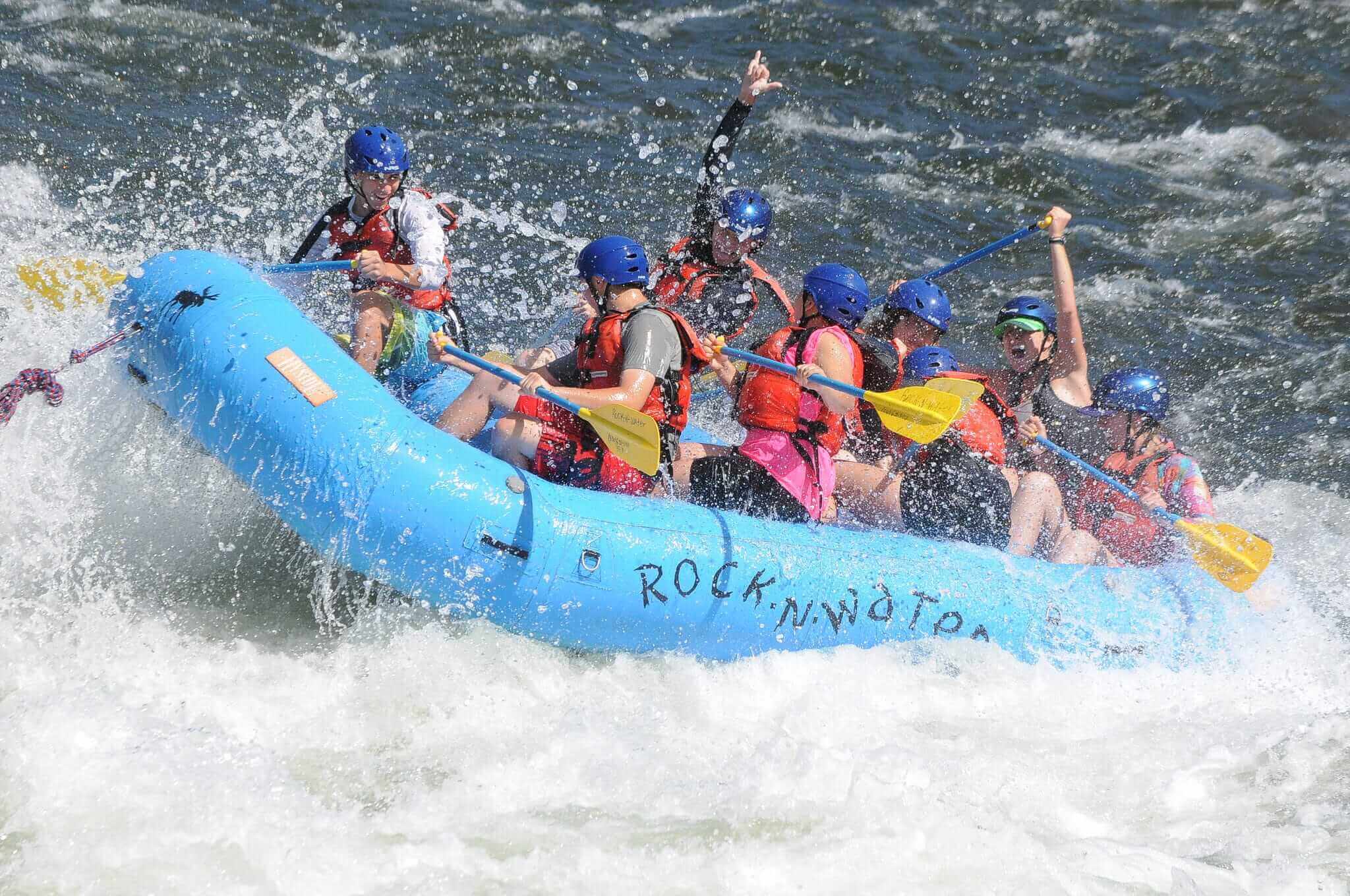 The Chili Bar run starts off with some major Class III rapids and then calms down to give you an easy end to your day. The river flow is controlled by Chili Bar Dam just upstream of the put-in for this section. Consequently, the upper gets water early in the morning, making it an ideal choice for groups wanting an early start to their day. We stop and have lunch alongside the river before we get back to more fun on the river. We’ll pass by Henningsen Lotus Park and the campground of Camp Lotus before ending right at our very own riverside camp. Some highlights: 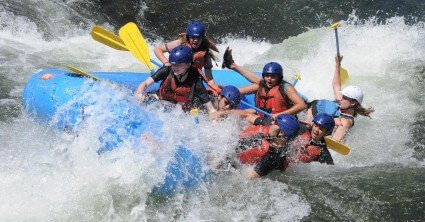 Want the benefit of a later start time? Our lower section of the South Fork starts with lunch and saves the boating for the afternoon. The Gorge run starts with some relatively small rapids, as if it is easing you into a day of river rafting. Groups get the hype of  the bigger rapids at the end of the day. Because boats spend far less time in the “quiet zone”, the lower is ideally situated for groups wanting to have plenty of time to scream and water-fight. For no additional charge and by default, we provide team building games before lunch for our overnight trips. This is an amazing whitewater rafting trip that ends in Folsom Lake at Salmon Falls. Some Highlights:

In conclusion, please contact us if you have any questions, or are not finding exactly what you are looking for. We would love to help you combine our one day adventures into a great trip, or help you customize the perfect day trip.

Note: There is also a Class V rafting section on the North Fork American River. However, and that section is only runnable during the springtime (when students are still in school). We make our priority to serve youth and families so we do not provide rafting trips on that section. Alternatively, please contact us if you would like to raft that section of river. We’d love to give you our recommendations on other rafting outfitters you might consider.